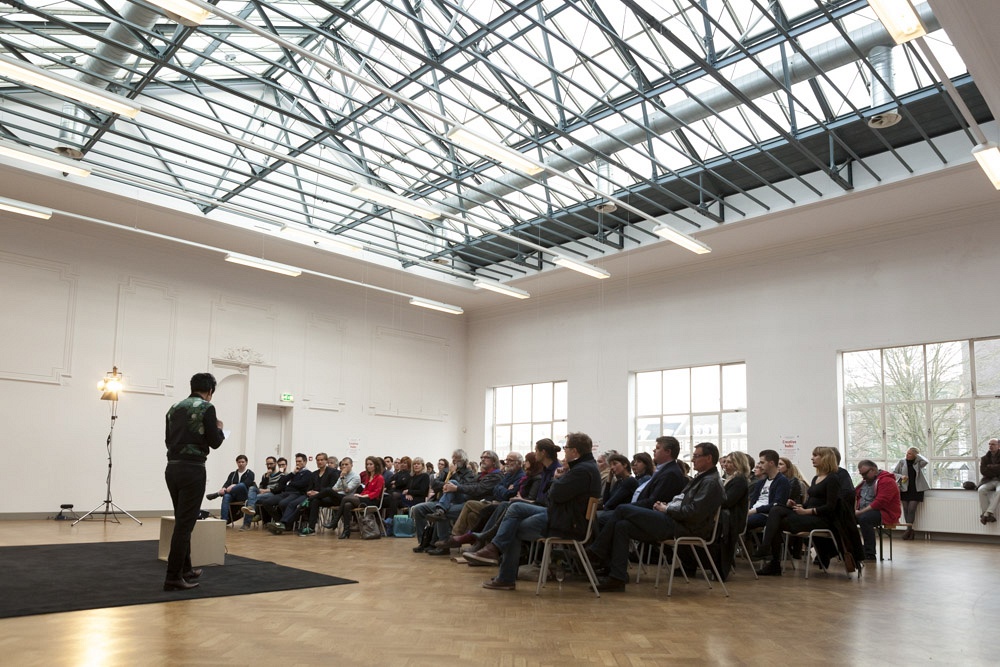 Debate society Sphinx, Bureau Europa and Maastricht-LAB together are organizing a debate about ‘creative hubs: the new economic engine for urban development?’

Vera Cerutti, anthropologist at Creatieve Fabrieken, where she investigates the effects of adaptional reuse of industrial heritage.

Culture as a Catalyst for Urban Development
For a long time, ‘culture’ has been seen as a catalyst for urban and regional development. Since its introduction, Richard Florida’s much-discussed book, The Rise of the Creative Class, seems to have become a mantra for many policymakers. In recent years, we have seen an explosive increase in the number of ‘creative breeding grounds’: new concepts in which artists, students and residents of a district set up new projects together, and where entrepreneurs develop services and activities. But what exactly is the function of the creative hub in the city, what social or economic interests are involved, how is such a place created, and who are the key players? Does this represent a sustainable form of (inner-city) urban development?

Hope for Creative Innovation
Since the outbreak of the economic and financial crisis in 2008, we have also noticed its effects on our cities. Large-scale urban development projects have stalled and economic growth has stagnated. In recent years, cities have sought new economic engines for boosting the urban economy, creative industries and physical (area) development. To combat these issues, various entrepreneurs, governments, politicians and scientists are increasingly counting on creative innovation and especially creative breeding grounds.

Why invest in Creative Breeding Grounds?
Vacancy rates, the lack of affordable and inspiring workplaces and workshops for entrepreneurs and artists, the lack of social cohesion, and the fragmentation of various facilities in the district are just some of the problems the breeding ground would offer a solution for. Taking all of this into account, this sort of hub could mean an economic boost for the city and the district. Therefore, it is not surprising that local authorities are often charmed by such initiatives and are frequently at the forefront of their development and investment.

What Role Do Creative Breeding Grounds Play?
During the debate with different experts and the public, we will discuss creative breeding grounds and the role these initiatives fulfil in the development of the city. From the perspective of culture, policy and economy, we consider what a creative breeding ground is, who are the drivers, and what are the motivations for starting a breeding ground? When is such a place successful, and what obstacles are encountered? How bottom-up or informal are these places, and how does the cash flow? What is the desired role of the government in the development of such a breeding ground? To what extent is the creative professional (the artist, the designer) subordinated to boosting regional developments? And if so, is that a bad thing?

This meeting is the result of a collaboration between Sphinx debate centre and Belvédère Maastricht, where a series of four meetings are organised at different venues in the Spinxkwartier during 2015.